The saga of the mythic realm of Khazar and its unforgettable inhabitants began with The Betrayal, the hugely popular (and huge — over 600 pages) epic novel. Thousands and thousands of readers found the novel to be a very new and different genre: This was fiction on a grand scale, the kind of book that transports us to a whole new reality. With its page-turning pace and plot twists, The Betrayal was a riveting historical thriller, but it was also so much more: a novel about personalities, about a young man growing up, about the choices that every person must make — and live with. It was peopled with close to 100 (!) characters — minstrels and artists, noblemen and fencing masters, demonic villains and a young ruler determined to do his best in a kingdom collapsing into civil war.

The breathtaking story continued with The Outcast, a novel as big and explosive as the war-torn Kingdom itself. Here we met Mahalalel, a boy whose very identity was taken from him as a child. Revolving around the mystery of his birth is a fascinating, compelling cast of characters, all with their own history, many with their own secrets. In this epic we read about a young boy, unwanted and alone, who holds the fate of an entire nation in his hands.

And there, for five long years, the story rested.

In the ArtScroll office, letters and emails poured in from readers longing to revisit the legendary kingdom, all asking the same question: When will there be a sequel?

The answer? Right now. Here it is, bigger (more than 800 pages this time!) and more exciting than ever: The Dark Secrets, the newly released continuation of the Khazar saga by M. Kenan.

Seven years of civil war have passed in Khazar, and people on both sides of the border are fed up with the fighting. Supporters of both kings long for the return of the old tranquility. The time is ripe for unscrupulous individuals to cobble up a scheme that will offer them a tantalizing — and dangerous — third option.

If you’ve read the two previous novels, you’ll happily greet old friends while meeting an entirely new cast of characters as well. And if you’re new to Khazar — welcome, you’re going to love it! 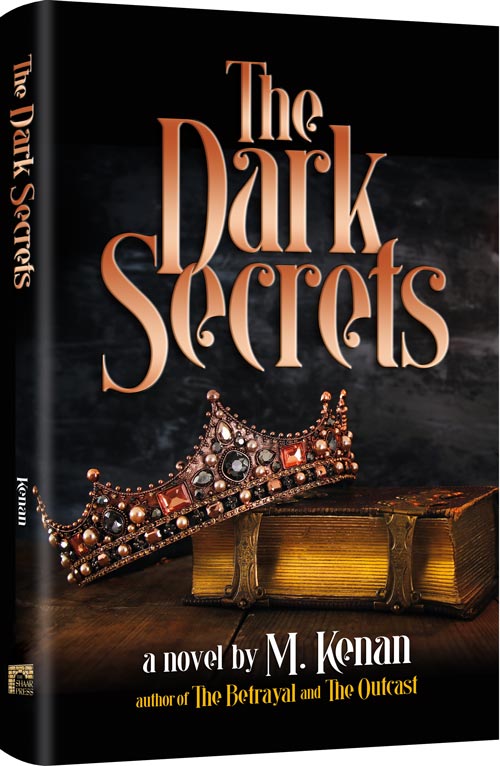 Welcome to the ALL NEW ArtScroll Blog!

Thanks for visiting the Official Artscroll Blog.

Follow us for exclusive articles and interviews with our authors. We'll also be posting news about new books, sales and promotions, plus contests and giveaways!

Thanks for visiting, and come back soon!